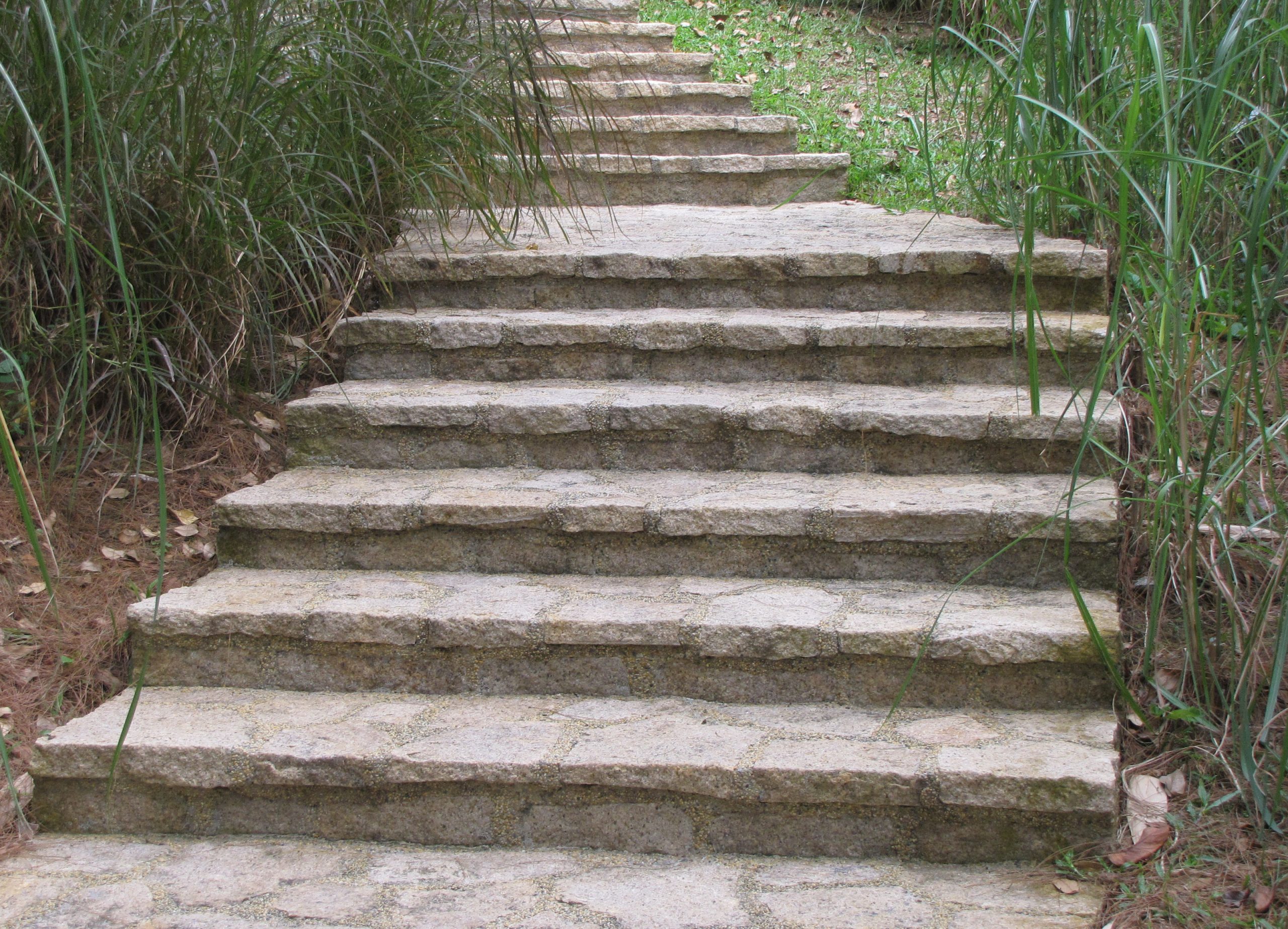 Working with teens who do not follow the system (I just hate the phrases teens at risk or teens in crisis) is immensely different than working with Baalei Teshuva. Baalei Teshuva are thirsting for the truth. Convince them that there is a Ribono Shel Olam and they are willing to do whatever they are supposed to do.

Working with disillusioned teens is not so easy. With teens, one finds anger, close-mindedness, and/or apathy. Some teenagers don’t believe in anything, others believe in the wrong thing, and some don’t care enough to think about whether they believe or not.

Then there is another group of teens and they are the subject of this essay. Many will tell you that they believe in Hashem, Har Sinai, Torah Shel Ba’al Peh, and the right of our Chachamim to decide right and wrong. At the same time, they are not fully observant. Some are lax with minyon, some don’t make Brochos, while others are more extreme, to the point of being Mechalel Shabbos. I give Chilul Shabbos as my example of extreme apathy as Chilul Shabbos is not an Aveirah usually associated with an uncontrollable desire. It is usually done because, “Why not?”

This attitude is not limited to Yiddishkeit though. They can clearly describe some behavior as being right and not do it. They can speak of something being wrong and harmful and continue doing it. One cannot find a trace of guilt or regret within their eyes.

The first time I was exposed to extreme apathy I was shocked. I assumed that the nature of people is that they all like to be logical. If they can’t deny something’s importance then they would follow it. I have since recognized the seriousness of apathy. Apathy can be immensely worse than anger. People say that without a strong emotional connection one can’t hate. With anger, there is always hope of love. Not caring, truly not caring, can be much scarier and offer little chance of change.

My experiences have shown that a real lack of feeling towards Yiddishkeit is something that is truly rare. True apathy has two symptoms: A total throwing off of anything Jewish. Such people do not look like people who have gone off the Derech. They appear like they are not, nor have they ever been religious. The second symptom is there ability to sustain their lifestyle for years.

In this essay, I want to discuss what I consider the more common scenario. This type of apathy is more façade, more of a defense mechanism, than true apathy. I have found this attitude in two different types of teenagers.

The first is where the teenager, externally is regarded as an average or above-average member of the family and community. His/her feelings and behavior is hidden from everyone but him/herself. In the event, a family member or teacher finds out that the teenager has been living a double life there is shock and disappointment. Before I describe the cause I would like to further develop the profile of such a person. I would like to describe the upbringing and experiences that cultivates the teenager becoming so apathetic.

There are many children whose parents, many well-meaning, do not cater to the child’s emotional needs. The reasons are many. Some are too busy with their own lives, some have a large family that takes all their energies, and others are busy doing Mitzvos for others. With some families, it is a lack of Sholom Bayis.

In some families these faults are extreme, making it hard for the child to feel comfortable. In other families, the child is extremely sensitive. In all of these cases, an observer can rationalize the parent’s actions or motives. Others might choose to criticize them for their inability or unwillingness to see what is happening. None of these is the goal of this essay.

Now let’s talk about the child. He or she does well in class. Usually, this teenager is considered the good child, the one who makes up for the gap in parenting. Often the child feels the need to hide their emotions from others, certainly from the parents who they are afraid to burden with their problems. This child feels guilt quicker than most and often when it is not their fault.

The child described is normal and requires normal emotional outlets. Yet these outlets are often unavailable. The teenager feels there is no one to confide in and, being good, is unwilling to make waves. Often there is another child who is the family problem.

The child described is normal and requires normal emotional outlets. Yet these outlets are often unavailable. The teenager feels there is no one to confide in and, being good, is unwilling to make waves. Often there is another child who is the family problem.

If a person can’t change what is taking place around them then what they do is to change the way they react to those same things. They first try to remain optimistic that things will get better. Next, they react in a frum manner, davening and feeling that “They should have Bitachon”. Next, they might go into a depressed mood where friends wonder what is wrong and their parents seem to not notice anything. (In many houses the teenager is doing the same thing their parents are doing. Their parents, really noticing the change in their teenager, ignore it hoping that things will get better. No one is willing, to be honest, and confront the issues around them.)

After these phases, the teenager finally finds something that works. He/she becomes empty inside: Empty of emotion, void of blame, removed from caring. By not allowing one’s emotions to feel anything the teenager stays sane. The cost though is that it keeps the person functioning on the outside while “Killing them” on the inside.

The second teenager experienced something more traumatic, possibly at a young age. Here is a typical profile.

This teenager also needed to acquire a survival technique. This time more extreme and one that causes as much damage as it does good. Sadly the teenager often sees no other option. The teenager, unable to make sense of the attack on their being and unable to protest (For various reasons teenagers feel that they can’t protest. Sometimes they are threatened, other times they feel they deserved it, and other times they feel they will not be believed) the teenager shuts down.

If fairness will not prevail, things the victim to him/herself, then nothing matters. There is no justice. Why bother trying. Unable to accept such a harsh version of this world the teenager must avoid thought and avoid emotion.

Once this pattern becomes part of the teenager he/she may begin self-destructive behavior. Examples include drugs, self-mutilation, and eating disorders. In some, the self-destructive behavior is by increasing the guilt within them. This is done by doing things they know is wrong. Some teenagers begin stealing and others have unsafe relationships. When confronted a typical response is, “I know it is wrong but so what?”

Even when the therapeutic process takes place and the teenager realizes that they do have control of their lives the Yiddishkeit is the last piece to fall into place. Although I am not sure why I do have a theory.

As babies grow into children and then into teenagers, there are many things they naturally believe in. It is not that they have put thought into it, it is just intuitively felt. Some examples are a parent’s love. It is never questioned and does not need proof. If asked, a teenager will tell you, “Of course they love me, I don’t need proof. They just do.” The same is true in regard to the need for education, basic moral issues of right and wrong, and Yiddishkeit.

When a teenager is recovering from an “I don’t care because nothing I do makes a difference anyway” attitude they need to understand and be convinced of all the things that most of us take for granted. Many times I speak to teenagers about their parents loving them. After much work, the teenager concludes that, although their parents have made countless mistakes, they do love them. What is important is to realize that they felt the need to think it through. The same is true in all other areas that affect the teenager. With these teenagers, nothing is taken for granted.

All in all, it is a positive thing. The teenager is more cognitive of their surroundings and their actions. They have learned to think, to be real. Less is taken for granted and this often makes them stronger people. The problem is that they must individually reconsider and then accept everything. Without their understanding of these issues, they simply will not undertake those areas as being true.

Now we come to the area of Yiddishkeit. What most take for granted, this teenager doesn’t. Convincing them that Yiddishkeit is important is difficult. Hashem, not being visible is an abstract thought. Reward and punishment is something that is hidden and can’t be easily proven. Unlike a teenager’s relationship with their parents there is no urgency to discuss Yiddishkeit. What results is that Torah is left alone. It has not been proven to the teenager to be relevant.

To acquire an appreciation for Yiddishkeit the teenager must approach the subject in the same way they approach everything else. They must consider the points logically and then emotionally.

With parents, school, and everything else in a teenager’s life, they realize the importance of thinking it through. In various degrees, they succeed and come to terms with those conflicts. Yiddishkeit though is not as pressing. In addition, they assume it will fall into place. It doesn’t always.

What is needed is to approach it the same way they are approaching the other parts of their lives: With thought and with emotion. The first step is to try to think about it more. The urge to think about Yiddishkeit is not there so it will have to be invoked. Possibly this can be done by reading related books during Shabbosim, possibly with a chavrusa. (Please note that this essay is for those that care enough to attempt change. If not then the suggestion of a chavrusa appears silly and this discussion is probably premature)

Focus more. Think about those that are sincere and content. Focus on those who seem hollow and without direction. Consider the quality of life and, when possible remind yourself of how it was before the various problems came up. The teenager should remember that their success came from thought, discussion, and or through seeking advice from others they trust and look up to.

The attention should be on sincerity and individual strengths and not external or structured practice. Of course, there is no compromise on any mitzvah but a lot of the superficial aspects of the frum world can be disillusioning. For instance, Tefillah, which is very important, is perceived to be given more emphasis than being nice to others. With some, Tefillah might be the last step. Thinking that Tefillah defines the frum person often stops the teenager from going further. The reader’s personal experiences can most probably come up with many more examples.

So when recreating oneself begins with what is understood, easy, or, in the teenagers’ eyes, worthwhile. From there build on to the next and then the next step.