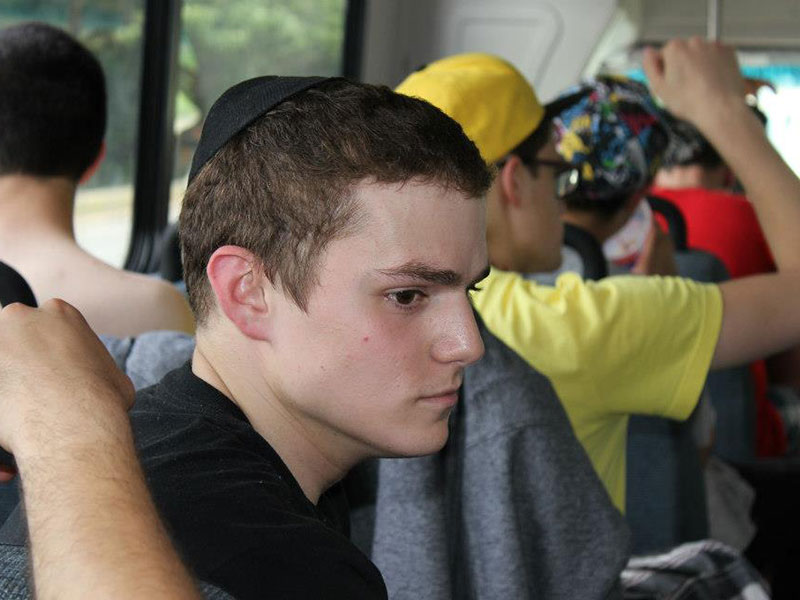 I grew up in a modern orthodox home. My father is a lawyer, my mother is a school teacher. I’m a pretty smart guy, my IQ score is just two points short of genius. Because I have some learning disabilities like dyslexia and ADHD, I was a failure at school even with my big brain.

​Growing up I had few friends, and was often the victim of bullying. I remember the night I became homeless. I was standing in the kitchen fighting with my parents. They wanted me to go to college, I didn’t want to go. What would be the point of failing at school again? My father started to hit me. It wasn’t the first time. I’d been hit before for many things; a bad report card, fighting with my sister and spilling a bottle of shampoo come to mind.

I wanted very badly to hit back but remembered that was asur, so I pushed past my father and ran out. I had no idea where to go. I found a payphone and tried calling my rebbi collect but he wouldn’t accept the charges. Out of options I ended up knocking on a neighbor’s door, and staying on their couch for the night. In the morning I called an older cousin and he invited me to come and stay with him in Monsey for a while until I figured things out.

My cousin heard about an organization that helped kids like me and made some calls. That night around ten we were at Areivim meeting with Rabbi Gluck. Rabbi Gluck suggested I try a nearby yeshiva he felt would be a good fit for me, and they accepted me on his recommendation.

In the new yeshiva I still needed Areivim’s help. I had a hard time communicating and often found myself in trouble with the administration, and other students without knowing why. The staff at Areivim taught me how to better express myself, and how to improve nonverbal skills like body language.

The mentors at Areivim where always trying to help make me feel like I fit in, and was one of the guys. I remember one of the first Thursday nights I was there talking to Rabbi Gluck, when Ace and Moshe came over. They had brought bowls of chulent, and had gotten an extra one for me. I think that was the first time I felt that someone had specifically included me. Funny, how a simple thing like a bowl of chulent can do that for you.

Once I was a little more settled Rabbi Gluck helped me get my first job. He noticed that I have a knack for computers, and arranged for an interview with a local computer company. One of Areivim’s board members arranged for my current job as a reading tutor in YSV.

Areivim has been with me constantly throughout the ups and downs in my life. The staff helped me plan, and analyze every date I went on. When I got engaged, one of the mentors from Areivim came to my Yeshiva with a bottle so we could make a l’chaim. When we had our first child, Rabbi Gluck helped my wife and I pick a name. When I had to move to a larger apartment Ace brought guys to help schlep along with pizza to keep them going. When my baby was niftar, Rabbi Gluck was there until two in the morning to help me deal with it and the necessary arrangements that I was in no frame of mind to take care of.

​Baruch Hashem life is always good, but it isn’t always easy. When things get rough I know that I can count on Areivim to be there for me. To me, Areivim is family.