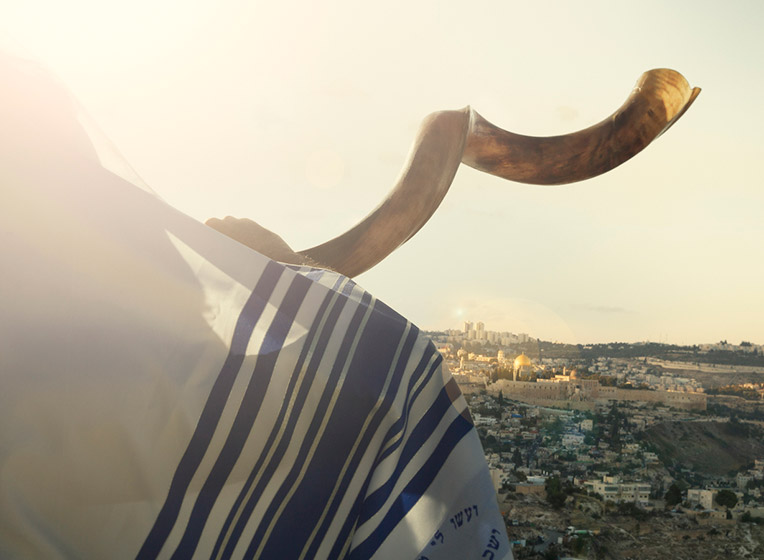 Properly approaching the Yomim Noroim is achieved when the focus is on creating internalized, long-term, change. Repairing short-term behavior for the duration of the Yomim Noroim, subconsciously, intends to deceive Hashem, but it only fools people, and not Hashem. Change, by definition, is permanent; otherwise, it’s called an anomaly. Permanent change requires time, which is why Klal Yisroel has undertaken to begin changing from Rosh Chodesh Elul, an entire month before Rosh Hashana.

I’d like to introduce my thoughts, by describing a weakness that’s often found in young adults. Many young adults are willing to go out of their way to help someone in need, or to take jobs that require a lot of hours and hard work. Nevertheless, they won’t do anything that’ll require the slightest amount of commitment. Any undertaking must allow them the option of saying that “today’s not going to work”. In other words, the only thing they won’t do for anyone is to make a commitment.

Their aversion to commitment affects them adversely, as it limits their opportunities in life. They’re only able to consider low level jobs. Although, they may be in their upper twenties, they find themselves driving trucks, or working behind the counter of stores, despite being intelligent, loyal, and willing to work hard. Most of them don’t consider marriage, and can’t believe that they’ll ever be ready for it.

Most people are willing to make commitments. Nevertheless, even when young adults make commitments, they’ve a hard time keeping them. Commitments that involve quantifiable tasks and rewards, such as getting to their job, or taking out the garbage are relatively easy for them to fulfill. They understand why they have to do both of them, and they realize what they’ll gain if they do. However, it’s more difficult for them to follow up on their commitments when the task (such as consistently attending a Shiur), or the reward (being productive at work will lead to a promotion, but the required tasks are often less clear), is the only thing that’s quantifiable. Only people with strong “character” traits are able to consistently keep their commitments, when neither the task, nor reward (such as acting nice to people), are quantifiable.

Only people with strong “character” traits are able to consistently keep their commitments, when neither the task, nor reward (such as acting nice to people), are quantifiable.

Throughout the year, many people lack a real commitment when it comes to serving Hashem. They may deny this, because they believe that they’re sincere people, who do what they’re supposed to do. Nevertheless, many of them, (similar to the young adults described in the beginning of this article), only do what they’re supposed to do, on the condition that, when they’re not in the mood, they can “sneak” out of their commitments. Very few people never miss a Shiur, always come on time to Daven, and always keep their word.

Fulfilling commitments some of the time, by definition, means that there’s no commitment.  Not filling a commitment means that the relationship for which the commitment was made, isn’t strong. It’s similar to a person who thinks he has a friend. However, the “friend” sees the person’s actions as more of an acquaintance than a friend. People may believe that they’re committed to Hashem. Despite their belief that a friendship exists between them and Hashem, He may not see a strong enough commitment to consider the relationship to be one of friends. People who only do what they’ve committed to, when it doesn’t inconvenience them too much, are little more than acquaintances.

The Gemoroh says that if a person chooses not to say Krias Shema once, it’s as if s/he never said it. At first glance, this may seem a little harsh, until you think more about it. A deliberate decision not to say Shema even once, means, “I’ll do anything you want as long as I don’t mind doing it”. Since Shema is instilling Hashem as our ruler, He isn’t satisfied with an optional commitment. Partial commitments are best described by a bumper sticker I once saw, which read, “My spouse lets me do anything I want, as long as s/he agrees”. In essence, the person isn’t allowed to do anything without approval. Telling Hashem that you’re my king as long as I’m in the mood, means Hashem’s not the king at all.

Telling Hashem that you’re my king as long as I’m in the mood, means Hashem’s not the king at all.

If people’s quest for growth, and a good year, begins with Elul, they must begin it by knowing what their mission is, and what would define success. The mission and, therefore, the definition of success, will be based on the individual, and should be decided by every individual. Here are some ideas to help people decide what should be their Elul mission:

2) Treating people consistently well, will make them feel special, because consistency is difficult. However, when it’s achieved, it’ll be recognized for the efforts that were done on their behalf. It’s better not to commit, than to commit and then fail. People should choose commitments carefully.

3) Being mindful of, or constantly anticipating, the needs of those important to you, will demonstrate to them that you’re thinking of them. Overlooking what’s important to them, is a sign that they’re not important to you. Many people forget, to make Brochos, call their parents, and some of their multiple other daily responsibilities. While each of their actions may be trivial in itself, collectively, they define the relationship.

4) People should do whatever they do for Hashem graciously, instead of complaining about how difficult Mitzvos are, or how bad are their lives. This can destroy any relationship, regardless of how many good things people do.

What I’ve described is an Elul project that doesn’t require any new commitments. It requires people to focus on existing commitments, and to give those people the respect of being committed. This’s much more difficult, but is also more rewarding. Relationship building will give people their greatest chance for change. It should result in the consistent, mindfulness, and graciousness, to “stay” with them for the entire year and beyond.

Photo Credit: please let us know if you have the photo credit information for this picturein a comment below