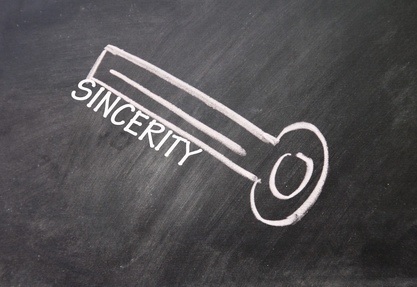 The sad truth is that too many families face the hardships of working with difficult children. Regardless of the form of rebellion, whether it’s religious, anger, or distancing from family values and friendships, the question plaguing parents is always why? What did we do wrong? If we did something wrong, why does it only affect one of our children? In some cases, the parents haven’t done anything wrong. The number of answers to these questions is almost as many as the number of difficult children that exist. This article will focus on one subtle possibility.

As this article evolved, I realized that it had value beyond that of parents/teens. Many people believe that what they‘re doing is the right thing. They believe that they’re nice, considerate, and caring. Nevertheless, others don’t always share this view of them. Why is that true?

Individuals are always under some type of scrutiny. Neighbors, coworkers, and friends analyze a person’s actions, successes, and failures. Some of these are easier to assess than others. Some examples include: How well do they Daven at the Amud; How nicely do they dress; and How much money do they spend? The action itself is often clear; the definition of success is not that clear. People will debate what is considered too little, enough, and too much.

Some actions, successes, and failures can’t be accurately measured. Some examples include: How much is their personal wealth; How well are they doing with their children; and what are their character traits?

How do people assess the answers to the above? They usually do it subjectively. People who’re friendly with them will judge them, and their actions, favorably. Those resentful of them will do it unfavorably.

Nevertheless, once people believe that they acted as they were supposed to, they shouldn’t worry too much about what others will think of them.

Within families, the stakes are much higher. Parents, their children, and siblings scrutinize each other more closely than do others, and sometimes with insights that are highly accurate. When considering this, parents, or anyone else who would like to live happily with someone about whom they care, must avoid the trap of “majority rules”. Parents may have several children who appreciate their actions, but one child who may not. The parents conclude that because the other siblings disagree with this child’s assessment, that the child is wrong. This conclusion may be incorrect and self-serving.

Remember that not all children are fair or accurate. People who care should self-reflect as honestly as they can. After doing this, if it’s still necessary, they should discuss it with their “advisors” before concluding that the child’s interpretation isn’t accurate. This article isn’t only talking about a child’s opinion. It’s also talking about the spouse’s opinion and the opinion of anyone else who cares about the family.

The reason that people must consider the dissenting views of the individual, is because some people are more perceptive than others. Many of the children may think well of their parents, and that’s good. However, there may be one child who is more sensitive to character flaws and correctly “picks up” on something.

There are many pivotal times in people’s lives. These include: new jobs, changing schools, preparing for marriage, and when children begin to become problematic. During these times there’s too much at stake to rationalize or excuse oneself. It’s at those times that a person must be brutally honest.

The nature of most people is to believe, or convince themselves, that their own views, and not those of others, are more accurate. To “decide” that people are right is easily done, as most situations that are not clearly defined are subjective. Who’s to say which person was more abrupt or impatient? Life is too subjective to force any unmotivated person to have a reality check.

But now the boy or girl is getting married. If they aren’t honest with themselves, will they repeat their parents’ mistakes in their own marriages? The point of this article is: When the happiness of your entire life depends on your honesty, admit to yourself that you also need to change. It’s during those times that people should force themselves to admit their faults, fully discuss issues with their Rebbi/teacher/advisor, and, if necessary, see a professional.

Photo Credit: Let us know if you have the credit info for this picture