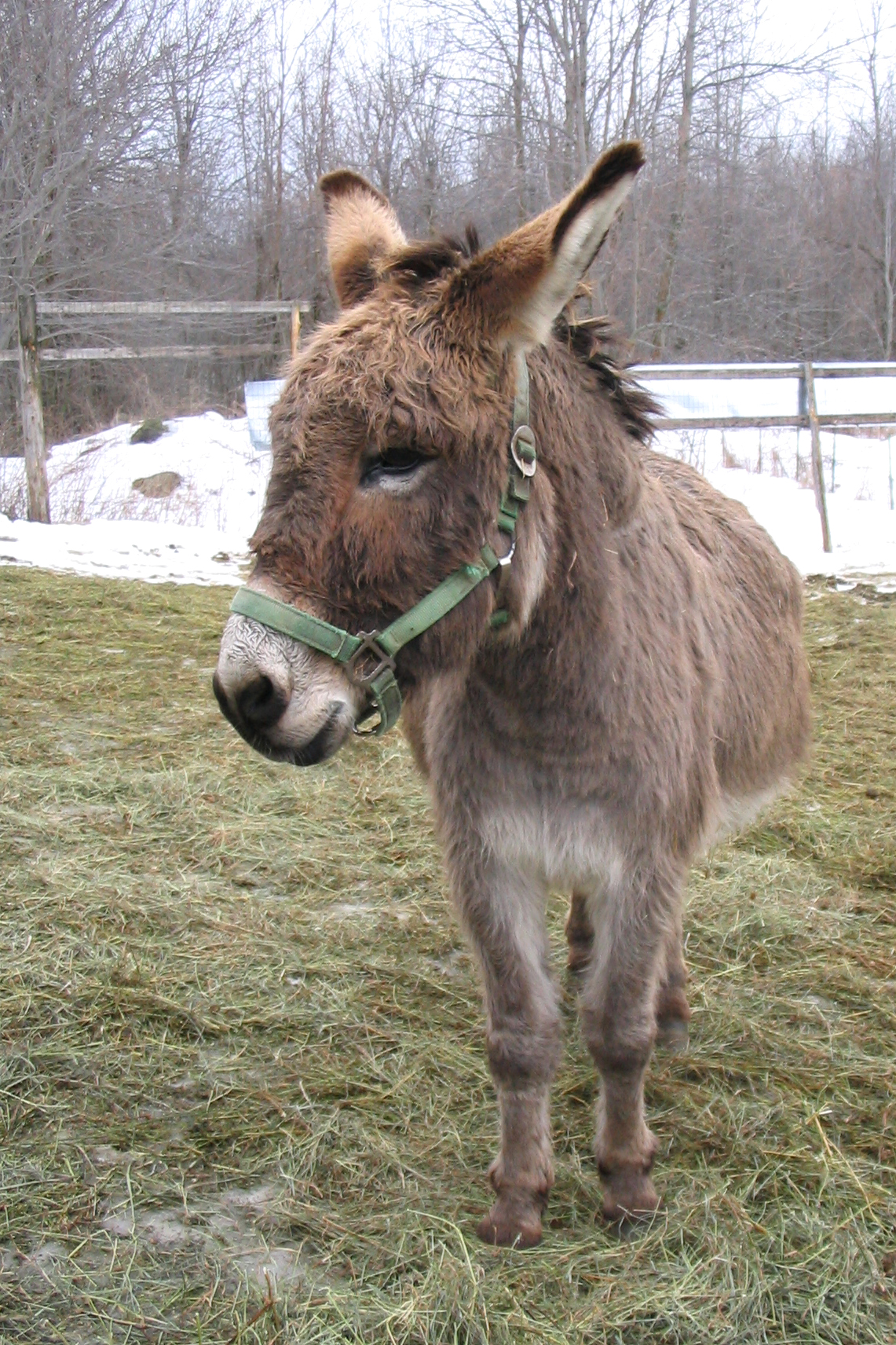 It’s unfair for parents to be impatient with their five-year-old child, after having been in traffic, but when they can’t acknowledge to themselves that their disappointment is fueled by this previous event (traffic), the disappointment will become toxic to their relationship, and to the self-esteem of their child.

Interacting with people on their biases from previous meetings is unfair, but what makes them damaging, is that people are usually unaware that their views were shaped by the previous meetings. When they’re critical of others and unaware of their bias, they continue to “look” at those people critically.  It’s unfair for parents to be impatient with their five-year-old child, after having been in traffic, but when they can’t acknowledge to themselves that their disappointment is fueled by this previous event (traffic), the disappointment will become toxic to their relationship, and to the self-esteem of their child.

Imagine a child who doesn’t clean his/her room before Shabbos, despite promising to do it. The parents are disappointed. How upset should they become and, more importantly, should they allow the child to see that they’re upset? The first question that needs to be asked is whether the child could have realistically been expected to clean up the room. Below are some reasons to suggest that cleaning up the room is above the child’s skill set.

The child is only 8 years old and is incapable of taking commitments seriously. Or, s/he may be fifteen years old, and the parents are already aware that s/he lacks the necessary time management, and/or decision making, skills needed to achieve the goal of a clean room. S/he may even be twenty years old, but may not have the emotional strength because of recent events in her/his life, to follow through with the commitment to clean the room.

While the last two explanations (lack of skills or emotional energy) hint at a greater problem than a messy room, people shouldn’t direct their disappointment at the greater problem, (which may be an inability to think methodically, or depression), and “let it out” on the messy room. More importantly, people shouldn’t react in the “heat of the moment”, when people are generally less receptive to suggestions from others. The message is that before people become disappointed, they must consider whether the person in whom they’re disappointed, is unwilling, or unable, to perform what’s being asked of him/her.

It’s always a challenge to observe a child who’s a straight-A student, but who’s unable to plan his/her morning in order to be ready to leave for a trip on which s/he’s looking forward to going. Most people focus on their strengths (excellent grades), and decide that their strengths are “who they are”. Then they look at their faults (inability to manage their time), and decide that they just don’t “want to” do what they’re supposed to do.

Instead of getting frustrated, people should pause and realize, that although “s/he really wants to go, s/he still isn’t planning her/his day effectively. Does that mean that there’s something holding him/her back” The frustration should be replaced with empathy, and a commitment to mentor should replace their disappointment towards their child?

Why don’t people realize that others may be incapable (and not just unwilling) of succeeding?

2) Some people can’t believe that others aren’t as capable of doing things as well as they do them. Instead, since it’s so easy for them to do them, they believe that it must mean that others just don’t want to do them. Husbands can’t understand why wives don’t have more stamina. Wives wonder why husbands aren’t more sensitive. Parents wonder why children aren’t more mature.

3) Some people have a difficult time understanding that there may be intangible reasons that prevent others from fulfilling basic actions. For instance, saying “I’m sorry” seems simple, even if it’s uncomfortable. Nevertheless, people can have social, or emotional, issues that don’t “allow” them to apologize. These issues can “hold” people back from many of the responsibilities that the majority of people find simple. The same is true for people who need more sleep, can’t eat quickly, and aren’t morning people. This is who they are, and they aren’t, necessarily, “making it up” or “manipulating” others.

4) No one knows what goes on in other people’s minds. They aren’t aware of the insecurities, past failures, emotional scarring, and resentments, that hold other people back from their responsibilities.

The list of what people aren’t capable of doing is greater than what people can imagine. For instance, some people can’t yawn quietly, (at least not at this stage in their lives). Others can’t keep schedules. Still, others can’t seem to live consistently healthy lives without (subconsciously) sabotaging the entire “good” that’s taking place around them. Such faults should not be accepted, but people who manifest those weaknesses also shouldn’t be mocked. All people can fail, and when that happens, some of them take it too hard. Instead, people should accept their faults as either a short, or long, term project, and acknowledge that they’re actually doing the best that they can.

Accepting one’s personal shortcomings, or those of others will allow people to stay focused, optimistic, and striving for greatness. Below are three possible causes for not following through with most basic responsibilities:

1) I’ve met dozens of adults who, during their formative years, were never exposed to healthy living. They’ve never seen, and can’t imagine, success in areas that many people take for granted. They can’t imagine being happily married, something they never saw in their parents’ home. Their parents may have never supported the family, financially, sufficiently, and they can’t imagine that people can earn a “decent” living.

For people to place effort into anything, they have to believe it’s something in which they can succeed. If throughout their lives they’ve seen failure in one area, they won’t even give that area a fair attempt.

The effect parents have on their children is very powerful, forming what their children will define as being the norm (even if it’s far from the norm), and those definitions often will stay with them for their entire lives.

Some people may counter that even if they haven’t seen any success in their own family, they’ve seen those successes in others. Nevertheless, many people believe that whatever takes place in their home is the norm. The effect parents have on their children is very powerful, forming what their children will define as being the norm (even if it’s far from the norm), and those definitions often will stay with them for their entire lives.

I often tell people to surround themselves with other people who are healthy. This becomes more important when their only experiences have been with their family, and have been negative. Parents who realize that they’ve fallen short in some areas, should promote, and not resist, having their children visit other homes for Shabbos, or to attend dormitory schools. Both of those solutions may make it possible for their children to have positive experiences, that were not available in their own homes.

Some parents may be offended when they’re told that they may have to rely on others to compensate for their shortcomings. Nevertheless, they should remind themselves that no one can offer their children everything that they’ll need in life. It’s the selfless parents who are willing to “hand over” their children in the few areas that they can’t provide them with success. This will make them the best possible parents. If, on the other hand, their pride will overcome their natural instinct to do whatever they can for their children, their children will suffer.

2) Some people may have been raised in an average, or better than average, home. However, their personal experiences have “fallen short”, and they believe that all people can succeed, except for them.

3) This last cause involves people who are now adults, but when they were teenagers, they “stepped back from life” for 2-4 years between the ages of 13-21. They didn’t participate in any structured process, either in school or on a job. They behaved in a manner that their family, and friends, didn’t expect anything from them. Most probably, the line between “day and night” became blurred.

This is often the most frustrating cause because many of those adults are charismatic, talented, and sincere. They seem to have everything they need in life. Nevertheless, for years they were never forced to say thank you, sorry, or to compensate others for failing in their relationships. They were given a “free pass”. Now that they’re adults, they’re aware that they lack the necessary skills to succeed in life, but are unaware of how, and unprepared, to learn those skills.

The solution to not being critical when people fail if they don’t have the skills to succeed is to look away from any individual failures and, with patience, focus on the root causes, which will often require professional help.