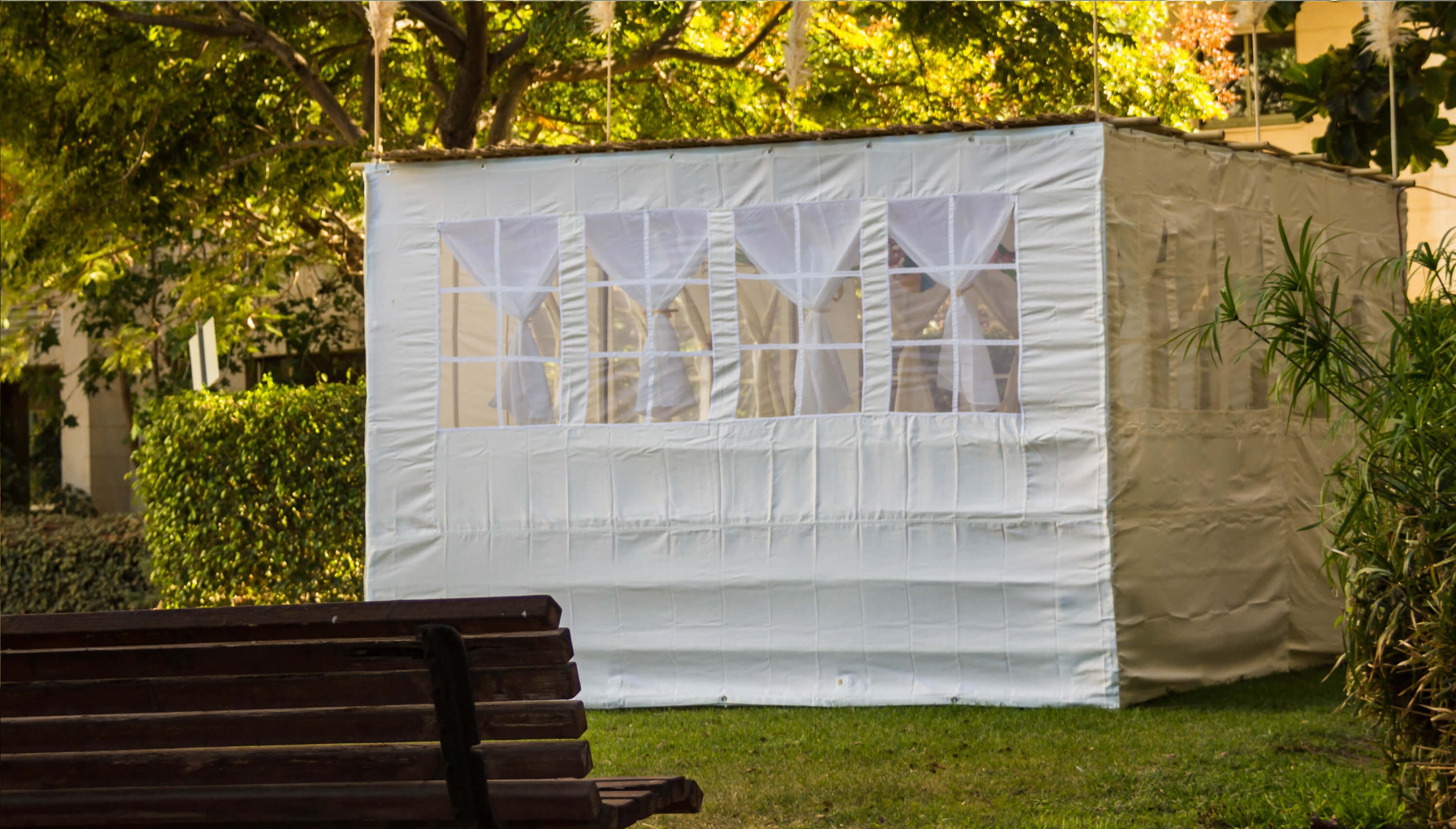 There are many different approaches to serving Hashem. Some differences are based on individual traits. For example, some people may be more capable of learning Torah all day, others more gifted in offering advice, and still others in organizing the multiple services needed in each community. Regardless of their individual strengths, everyone must keep all the Mitzvohs. Nevertheless, people should focus on their areas of strength. There are also different seasons that require different approaches to serving Hashem. For example, the Yomim Noroim focuses on Teshuva, and not indulging in unnecessary pleasures, as people try to focus on their relationship with Hashem. Succos has its individual message. This requires Succos to have its individual form of serving Hashem. In this article, I’ll focus on one aspect of Succos, a focus that “follows” that of the Yomim Noroim.

There are several Medroshim that describe the different ways that Avrohom Avinu, and Dovid Hamelech, served Hashem. Avrohom made a Bris (treaty) with the Yeitzer Horo. The Malbim (in his Sefer Artzos Hasholeim) explains that Avrohom “partnered” with the Yeitzer Horo, by utilizing the pleasures of the world for the good of mankind. His home offered fancy foods to everyone, and instead of ignoring pleasures, he utilized them to serve guests and, thereby, introduce them to Hashem.

Dovid Hamelech had a different approach; he “killed” his Yeitzer Horo, by withholding pleasures, avoiding sleep, fancy foods, and other unnecessary pleasures of this world.

Dovid Hamelech had a different approach; he “killed” his Yeitzer Horo, by withholding pleasures, avoiding sleep, fancy foods, and other unnecessary pleasures of this world. Most people won’t live their lives exclusively (if at all) with either of these two approaches. Nevertheless, understanding these approaches, and their value will help people serve Hashem. The Yomim Noroim represent, at each person’s “level”, abstaining from pleasures as a form of serving Hashem. Succos is about serving Hashem without giving up pleasures. On the contrary, Succos celebrates the harvest, and the Brocho of wealth, given to Klal Yisroel.

Now let’s discuss how to serve Hashem without rejecting the Brocho of wealth or, for those not wealthy, the proper way to enjoy the pleasures that Hashem makes available to people.

The Torah tells people to live in a Succoh for seven days, in order to separate them from the pleasures of the world. One of the purposes of living in a Succoh is to allow people to experience a life that’s not centered on physical pleasures, with the hope of teaching them a long-term message with a short-term Mitzvah. While most pleasures are permitted, people are expected to be mindful that those pleasures are incidental to their purpose in this world, and should be used only when they don’t get in the “way” of their life mission. (Of course, there’s a higher form of serving Hashem, which is reserved for the Tzadikim, and that’s to refrain from any unnecessary pleasures.) Most people believe that they only enjoy the pleasures available to them when it doesn’t get in the way of their serving Hashem. In reality, it’s very difficult to do this, and most people aren’t as calculated as they’d like to believe.

Most people aren’t completely honest, or objective, with themselves. If they want to do something that’ll get in the way of their Mitzvah performance, they’ll say their decisions are harmless, even though other people are critical of their decisions. Most people will say, “I know myself better than others know me because I’m different from everyone else”. They say this knowing that other people make the same comments about themselves, and are just as skeptical.

In addition to the danger of not being honest in deciding that some pleasures are harmless, there’s an even greater danger.

In addition to the danger of not being honest in deciding that some pleasures are harmless, there’s an even greater danger. The Chachomim repeatedly remind people how they may evolve into “someone else” as a result of their actions. For example, people who surround themselves with honest people, generally evolve into honest people. People who surround themselves with people who curse, learn to curse. After interacting enough times with people who curse, they’ll not only act differently, but they’ll have become a different person.

As a side note, some parents have the same fault as their children and will respond, “I know myself better than others know me. I’m different”. These parents will make decisions that were only made possible by believing this, even if they only think it subconsciously.

When people are focused on pleasures (which is different than taking a break from life), they become, to the degree of their focus, self-absorbed. I’ve seen people who can’t be interrupted when they’re eating, smoking, or reading a book. At that moment, everything is about their achieving the maximum pleasure that they can achieve.

This is what makes the task of enjoying pleasure in moderation difficult. In many ways, people’s perspectives towards pleasure are “all or nothing”. I learned this when I stopped eating cake several years back. Initially, I wanted to limit the amount of cake that I ate, but I found that I couldn’t do it, and this is why:

Allowing myself some cake allowed me to continue to think about cake whenever I saw it, or when I wasn’t involved with anything productive. Cake, in concept, was something that I was allowed to have. While I may have only eaten it for several minutes a day (if I chewed slowly), I’d think about it throughout the day. Thinking about it throughout the day would result in one of two outcomes:

Therefore, I decided that the healthiest decision was for me to stop eating cake altogether. While that may have seemed extreme, it offered me the most peace of mind, and I definitely preferred peace of mind over a piece of cake.

While all people are different in how they’ll react to circumstances, almost all people will find it easier to step back from the types of pleasures that will negatively affect them (while allowing themselves other pleasures), rather than allow themselves a little of everything.

While all people are different in how they’ll react to circumstances, almost all people will find it easier to step back from the types of pleasures that will negatively affect them (while allowing themselves other pleasures), rather than allow themselves a little of everything.

The decisions they make will be subjective. For some people, foods aren’t a challenge, while cars are. For others, cars are trivial, but clothing is their challenge. People should decide which pleasures will cause them to evolve into people they won’t be happy being.

After living in a Succoh for a week, people may not be willing to abstain from life’s pleasures for the entire year. However, they should be willing to limit the amount of their pleasures, and change their attitudes towards pleasures. Doing this will internalize the message of Succos, and help them evolve into the people they really want to become. Wishing everyone a Happy, and meaningful Yom Tov.