As We Get Older

As We Get Older 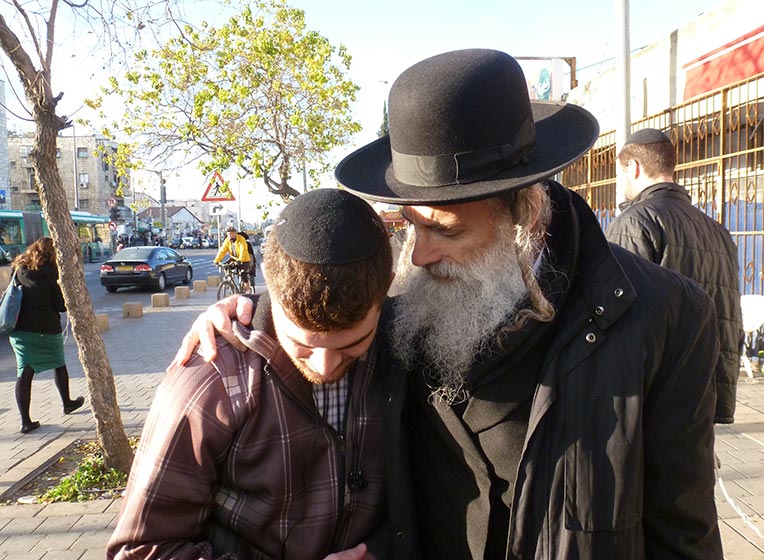 A friend of mine has a nephew who was demonstrating at‐risk behavior. In search of a solution, the worried parents made multiple calls to numerous people. They tried reasoning with their child and, as many parents unknowingly do, they began suffocating him. My friend’s parents, the teenager’s grandparents, told my friend, “The parents should give him space, act loving, and give him as much positive attentioon as they can.” My friend turned to me in disbelief and said, “That doesn’t remotely resemble their response to me when I was a teenager”.

Something seems to happen to people when they become older. They seem to soften, and respond with more clarity. This change takes place when they’ve observed, and interacted with several of their own children from birth, until they have grandchildren. I’ve seen the same change in principals who’ve seen their kindergarten students graduate H.S. and go on. They also demonstrated a calmer, softer, approach with their students. What caused these changes?

If we can pinpoint what caused their change in approach, we may be able to accelerate the process and, instead of waiting until people become 50+ years, adopt that same approach when their children are still only a few years old. In this article I’ll describe a few of the differences between older and younger parents. (In case any of my children are reading this, I know that I, also, didn’t figure things out as early as I should’ve.)

The readers may notice that, more than in most articles, this one generalizes, and labels older people as sage, and younger ones as confused, and even selfish. It does this in order to bring out several important insights. If some younger people believe this doesn’t apply to them, they may be correct. Nevertheless, they should consider that, as gifted as they are now, they may be even more gifted when they become older. They should embrace the messages even if it only makes a minimal difference in their approach to parenting.

1) A commonly repeated mantra of mine is that, “All children survive teen hood. The question is only whether their parents will”. What parents may consider to be irreversible behavior, often settles itself without intervention. The urgency, and stress, felt by the parents, is often unwarranted, although very understandable. Once parents realize that all kids survive teen hood, they can choose a form of intervention that won’t increase resentment and lead to resistance, and should even consider whether any intervention is needed.

The readers shouldn’t mistake this as saying that teenagers should be left alone. Decisions must be made with a realization that it may be best to leave their child alone and, in many cases, less is better than more. If parents still feel the need to intervene, they should ask an expert in their field.

2) As people become older their priorities shift to foundational ones. Below are some examples:

a. Parents become worried when their Yeshiva boy begins to Daven without a hat. Older, or younger, people (who may be the parents, grandparents, or just caring people), are worried that they’ll stop Davening altogether. All of them appreciate each other’s perspective. Younger people (sometimes dishonestly) believe that it’s unlikely that their boy won’t get “worse”, and place their efforts on the hat. Not only are they wrong about the possibility that things can’t get worse, their response make actually increase the chances of that happening. Older people have seen too many teenagers shift from Davening with a hat to Davening without a hat, to not Davening, to hate Davening, and finally, to hate anyone that Davens. They’re more willing to compromise, knowing that they can “work” on his “growth” in the coming years. What’s important at this stage is stopping, or, at least, slowing, the loss.

b. Younger parents may not accept the fact that their children won’t fit into their version of successful people, whether success refers to a specific Yeshiva, Seminary, college, or career. Older people just want them to be healthy and happy. Younger parents assume that their children will be happy and healthy no matter what happens in their lives. Older people have seen too many unhealthy, and unhappy, people to take that risk. Older people are terrified of “losing” a child to drugs, non‐religious behavior, or worse. Younger parents are generally focused on what they’ll later appreciate to be petty things, and frequently can’t see the “greater picture”.

3) As people become older, they’re less concerned with what others will think, and focus more on what should be done. They’ll much more quickly agree to send their child to a therapist, and even go themselves, if they believe it’ll help their family. They’ll also be comfortable being seen with their child who doesn’t “look” like the rest of the family, despite knowing that people are talking behind their backs.

4) These differences are also the solutions. Younger parents don’t have the experience that comes with age. So, what should they do? They need to more readily listen to advice. Older people aren’t as worried about their images. This allows them to ask for advice from people of lessor status, whether it’s financial, age, or any other “divide”, that makes younger people resistant to ask, and then listen, and follow, advice.

5) Younger people see their children as an extension of who they are. Older people see their children, or grandchildren, as individuals. People evolve as they become older, because they’ve experienced life over a period of many years. By the time they become grandparents they’ve seen hundreds of children become adults. They know that some parents’ mistakes can’t be reversed, and can be worse than any decision that their child may make. They don’t take their parenting decisions lightly.